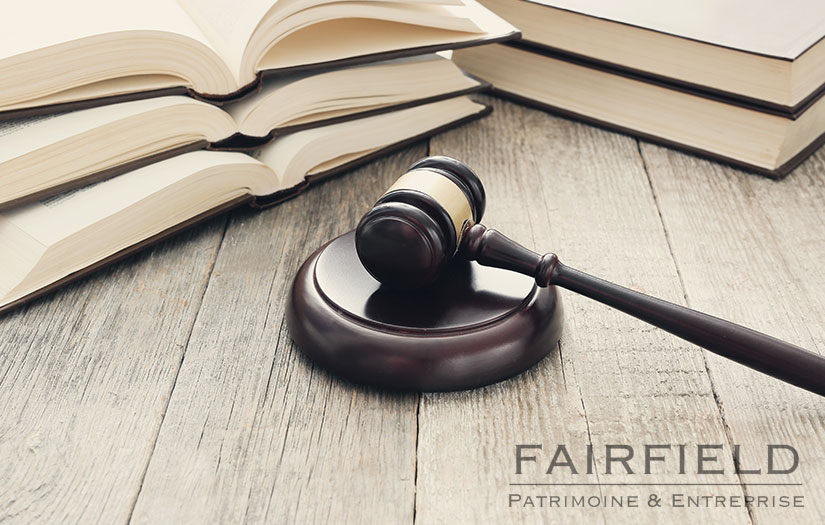 The estate declaration is mandatory for any heir, legatee (‘légataire’), donee (‘donataire’), guardian (‘tuteur’) or trustee (‘curateur’) (Art. 800 of the French General Tax Code). It can be completed without assistance from a solicitor as the latter is not required.

Successions that are exonerated from the declaration, are those whose gross assets (“actif brut”) are inferior to 50 000 euros for direct line successions, between spouses or partners of a civil partnerships or to 3 000 euros for the other successions.

There is also a category of individuals that are exonerated from inheritance taxes such as the surviving spouse or partner of a civil partnership (article 796-0 ter of the French general tax code) or under certain circumstances, brothers and sisters.

Different conditions must be complied with to fulfil a declaration of succession as to its time limit and its taxable assets.

For deaths that occur in France, heirs must register the declaration of succession within 6 months starting from the day of the death. In other cases, the time limit is extended to 1 year.

If a dispute intervenes in the succession, the heirs are not exempted from fulfilling the declaration. However, for legatees (“légataires”), the starting point of the time limit is reported to the date of the termination of the dispute that has established their rights in the succession.

The lack of compliance with this time limit results in late interests and penalties.

A 0,40% late interest is applied to each month of delay (article 1727 of the French general tax code). For any delay exceeding six months starting from the expiration of the legal time limit, an increase of 10% will be applicable.

If the tax authority issues a notice to register the declaration, an increase of 40% will be applied in the absence of reply in the following 90 days.

In case of delayed payment, even if the declaration has been registered in the required time limit, a 5% penalty will be applicable.

However, heirs of good faith have the possibility to exercise a claim for equitable relief (“recours gracieux”) to request the decrease or rebate of these penalties.

It is recommended in situations where the delay is foreseeable in the registration of the declaration to pay a deposit on the amount of taxable rights. The tax authority will take into account and will deduct this sum from the delay interests and the 10% penalties. It can also be asked that the deposit be taken into account in the exercise of a claim for equitable relief.

In the absence of regularization in the 90 days, the tax authority applies a compulsory taxation (“taxation d’office”) even if a deposit has been paid. For any claim in front of the Court, the heir will have to prove the excessive nature of the corrections.

In the event where a mandate has been given to a notary to establish and register the declaration of succession, the heirs and legatees (“légataires”) must ensure the respect of the registration’s time limit.

They indeed remain debtors of interests and penalties in the event of delay, even if the latter results from the negligence of the notary. They nevertheless can request the reimbursement of paid fees from the notary.

The declaration of succession must be registered at the business tax service (“service des impôts des entreprises du domicile du défunt”) of the deceased’s residence (article 656 of the French general tax code) or if the residence is outside France, at the tax office of non residents (10, rue du Centre, TSA 50014 – 93465 Noisy-Le-Grand Cedex), or a the tax office of Menton for individuals usually residing in Monaco.

Above 15 000 € of taxable inheritance assets, the declaration must be drafted in two copies.

The declaration of succession must mention all assets belonging to the deceased even those exempted from any inheritance tax.

In a general manner, all assets belonging to the deceased are taxable.

Certain assets are totally or partially exonerated from inheritance tax such as:

For the other categories of beneficiaries, the premiums paid after 70 years old are subject to succession tax for fractions exceeding 30 500€ if the contract was signed before the 20th of November 1991.

If the deceased was married, it will firstly be necessary to liquidate his or her matrimonial regime in order to determine the assets belonging to the deceased spouse and establish the content of the succession.

Assets located abroad will be taxed according to the residence of the deceased.

If the deceased is domiciled in France, all assets are subject to inheritance tax unless stated otherwise in international tax agreements. In order to avoid double taxation, taxes paid abroad are charged to those owed in France for foreign assets (article 784 A of the French general tax code).

Once the assets classified, it will be possible to calculate the inheritance tax. The tax calculation will be based on the deduction of liabilities from gross assets.

Valuation of the assets in inheritance tax:

In order to establish the total value, a valuation of each asset at the date of the death must be undertaken.

It is necessary to take into account the risk of the recovery of inheritance tax in case of undervaluation of an asset. It can also penalize the resale of an asset in reason of its added value that is calculated on the basis of an undervalued cost price. This risk can be avoided by registering an amending declaration of succession long enough before the resale.

The valuation of an occupied real estate asset by its owner at the date of the death takes account of the value free from any occupation (article 761 paragraph 2 of the French general tax code). However, a 20% allowance on the free market value of the real estate property as main residence is applicable, if at the date of the death, the deceased lived with his spouse or partner of a civil partnerships or with one or more of his children or those of his spouse or partner.

The valuation of an asset in usufruct or bare ownership is based on the scale of article 669 of the French general tax code.

Furnishings are valued and cannot be inferior to 5% of the totality of the other assets of the deceased. However, no minimum amount is required for the valuation of jewelry, precious stones, objects of art or collection that are also valued according to a detailed and estimative declaration by the heirs. The nominal amount increased by interests running from the date of the death and those owed that have not yet been paid are taken into account in order to value receivable debts.

In order to obtain a basis for the establishment of inheritance tax, the deduction of liabilities takes account of any debts at the personal charge of the deceased on the day of the death (article 768 of the French general tax code). This excludes any fees for the closing of banks accounts of the deceased, fees of issuance of a legacy, etc.